HomeUncategorizedEquity crowdfunding – everything you need to know 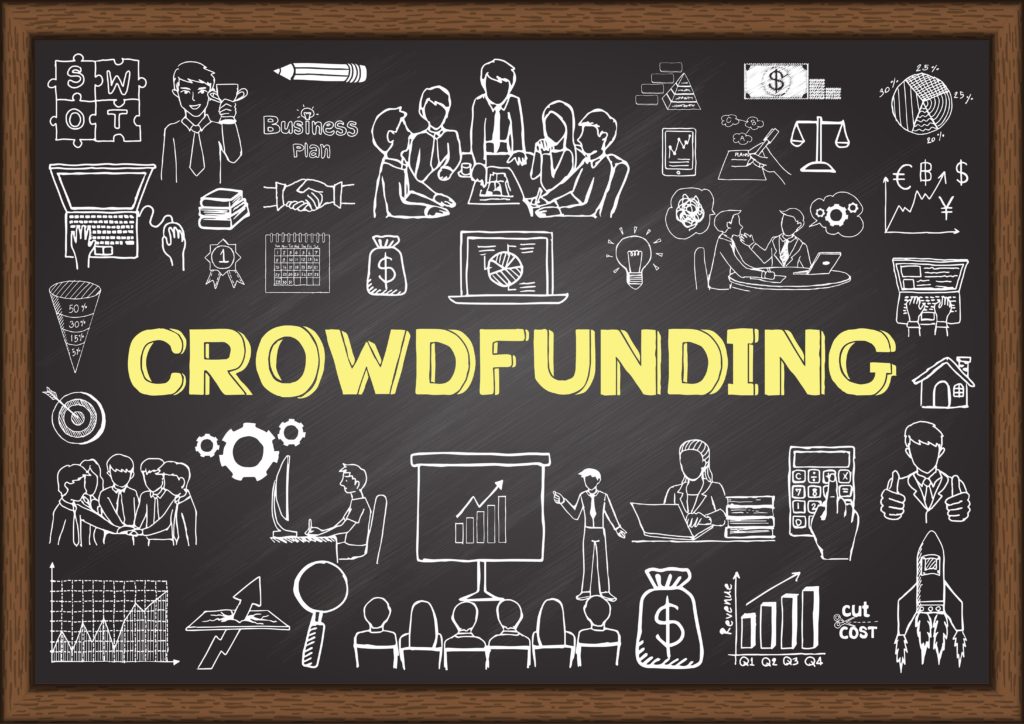 If you’re in the business world, you will have heard of crowdfunding. An increasingly popular way of raising money for charity, crowdfunding moved into the mainstream a few years ago.

By 2011, equity crowdfunding became available for small businesses, start-ups and entrepreneurs to raise capital. Here’s everything you need to know about raising money for business through crowdfunding, and how to begin the process.

In this context, we’re talking about equity crowdfunding. Start-up businesses can raise capital through equity crowdfunding by selling shares through a platform regulated by the Financial Conduct Authority (FCA). They give private investors at all levels the chance to invest and starting stakes can be as low as £10.

In the UK, there are three major crowdfunding platforms: Syndicate Room, Crowdcube and Seedrs. All of these platforms are regulated and offer similar services.

Equity crowdfunding has been in existence in the UK since 2011 and has grown so fast that many experts see it as a mainstream channel for fundraising. While some dispute this, there is no arguing with the figures. The total raised across crowdfunding platforms between 2011 and 2018 is estimated at between £600 million and £800 million.

If you’re deciding between platforms, there is no single site that is ‘better’ than the others. Crowdcube is bigger than Seedrs, and it has been running longer. However, Seedrs offers different packages and include relatively thorough due diligence.

Syndicate Room, on the other hand, is generally for more high-level investors and technology-based businesses. If this is your area, then it’s a good option. It requires a lead investor and is more formal in terms of structure and running your campaign.

You are charged by the platforms for successful campaigns only. The costs range from between 4% and 8% of the total money raised on the platform, and while you can spend more, the beauty of crowdfunding is that it’s a cheaper way for start-ups to gain capital. The biggest costs usually lie in the pitch and video, which costs around £5,000 on average.

There is also the time you need to put into creating the campaign and running it. This can be tricky for start-ups that need to focus on running their business. Some businesses choose to employ a specialist consultant to run the campaign and give it the best chance of success.

How do the equity crowdfunding platforms make money?

The crowdfunding platforms make money by taking commission on the amount raised from a successful campaign. Should the campaign fail to reach its target, then all investments are scrapped, and no funding reaches the company. It’s worth noting that a campaign that fails to secure more than 30% of its target during the first few weeks, rarely makes it to the finish line.

If you want to raise money for your business through crowdfunding, it’s important to clearly state why you want the funding. Investors expect to be told exactly where their money will go, and how this will push the company towards more profitability. Investors are interested in one thing – return on investment (ROI) – and you must be able to demonstrate how they will get this.

Create a thorough business plan, that includes details of where the money is going, and how this will elevate your business to the next level. You should include realistic, demonstrable projections. When you have completed this vital step, choose the right crowdfunding platform and apply.

Some crowdfunding platforms stipulate that you must have at least 20% already in your campaign, before they will launch it to the public. The campaign will therefore usually launch in a private mode. This allows you to gain enough funding to hit their threshold from existing contacts, and then hopefully collect the rest from the platform’s audience.

Your pitch deck and business plan video should be tailored to the platform of your choice. The pitch should be succinct, compelling, realistic and believable, and the video three minutes long. Remember that this kind of fundraising needs a different approach to angel investment and should be tailored accordingly.

Campaigns generally last between 30 and 60 days, depending on the platform. It can take up to eight weeks to prepare the pitch to the platform’s specifications and go through the requisite due diligence. It’s best to give yourself 12 weeks running up to launch.

Equity crowdfunding is available as an option to any limited company. Having said that, it’s best suited to new businesses that are less than seven years old, or start-ups. It’s also only viable for businesses that plan for exit in order to ensure investors get their ROI.

It’s difficult to get exact figures of how many campaigns have been successful, but estimates show more than 1,200 funded companies. These numbers are increasing every year, as equity crowdfunding becomes more mainstream.

Each platform will usually have between 20 and 30 live campaigns going, and around two-thirds of these won’t make it. The most common reasons for crowdfunding to fail include poor quality presentations, a poor idea that can’t be scaled, overvaluation of the company, selecting the wrong platform and failing to secure the minimum threshold before launch.

While equity crowdfunding is regulated in this country by the FCA, there are high risks for investors. However, it does give them the opportunity to get involved with start-ups at the beginning of their journey. They choose to invest based on an educated estimate of the chances of getting ROI, but some also invest smaller amounts based on the rewards offered.

James Turner, Managing Director of Turner Little Limited says: “Smaller investors also get their money back through tax breaks and through the perks offered at different stages of investment. Good start-ups and businesses that are raising money this way will always include investors in the ongoing success and growth of the company.

“This is definitely a viable way to raise funds if you are a start-up owner looking for backing. However, you must have a watertight business plan, and evidence to show investors that they will get their ROI at some point. Any company that doesn’t plan ahead effectively before crowdfunding is likely to fail to reach their target. And as this does require some time and money invested upfront, it’s worthwhile taking advice from an expert in equity crowdfunding before you go down this route.”